Whether you're young or old, male or female, sport is in the DNA of every Australian. While most Aussies are content playing football at school or enjoying a game of tennis on the weekend, a few special athletes have what it takes to make sport their entire way of life.

Let's take a look at six of the most inspiring women in the history of Australian sport, and see what hurdles they've had to overcome to make sport not only their livelihood, but also their opportunity to make history.

Motivation has always played an important role in the life of Layne Beachley. Australia's favourite former professional surfer continues to give back to the community as an inspirational speaker and health and wellbeing champion. 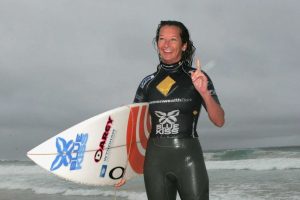 Beachley made her name in the water, becoming the Women's ASP World Champion for the first time in 1998 and then winning it six more times throughout her career.

With a name like Beachley, Layne was destined to become a professional surfer, but had to overcome a number of challenges first. Born in Sydney to a young unmarried mother, Beachley was adopted by a couple who lived in the beachside suburb of Manley. When Layne was just six years old, her adoptive mother suffered a post-operative brain hemorrhage and died. The strength and resilience she needed as a child went on to define her surfing career, with Beachley drawing from this courage today as she forges a new path for herself as an inspirational writer and motivational speaker.

Dawn Fraser was a swimming champion in a league of her own. Even today, she's 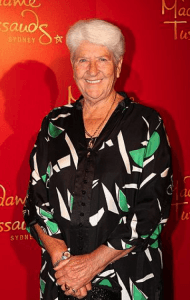 one of the most recognised names in Australian sport. Fraser won the women's 100-metre freestyle at three Olympics, making her one of only three people who've managed to win the same Olympic event on three separate occasions.

In October 1962, she became the first woman to swim her favourite event in less than one minute, a record that stood for ten long years.

Like many famous athletes, Dawn Fraser had to overcome a number of challenges throughout her career. Born into a poor working class family in the Sydney suburb of Balmain, Fraser trained hard during her formative years to win four Olympic and six Commonwealth gold medals. In an amazing story of resilience, the last of her Olympic golds was won in 1964 just weeks after she was injured in a car crash, an accident which also caused the death of her mother Rose.

Evonne Fay Goolagong Cawley was a leading global tennis star in the 1970s and early 80s. Goolagong won 14 Grand Slam titles and reached the very top of her profession with a number one ranking. Born in Griffith, NSW, Goolagong Cawley was the third of eight children from a poor Indigenous Australian family. Despite the widespread discrimination suffered by Indigenous people in rural Australia during her formative years, the tennis-obsessed youngster managed to rise to the top of her game. 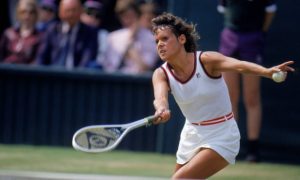 In 1972, Goolagong Cawley played in a segregated South African tournament during times of apartheid and was given honorary white status to distinguish her from the locals. This is just one example of the racism Goolagong experienced during this time. Even after winning Wimbledon, she remembers being denied entry to a venue in Brisbane due to the colour of her skin. Goolagong Cawley continues to lead by example as she works with the health, education, and wellbeing of young Indigenous people. 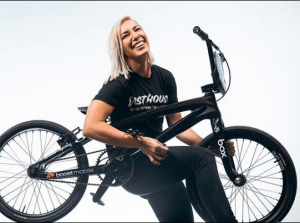 Buchanan has faced more than one adversity, with her family home destroyed in the 2003 Canberra bush fires, and her body suffering from multiple accidents throughout her career. Despite being involved in two daredevil sports, her worst accident was the result of an off-road car crash in 2017. After experiencing a collapsed lung and spending time in an intensive care unit, Buchanan is back on the bike once again competing in freestyle BMX events. 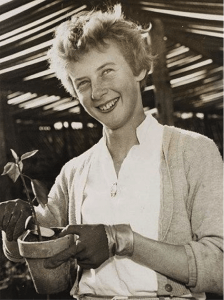 Elizabeth Alyse Cuthbert was an Olympic champion like few others. The "Golden Girl" of Australian athletics, Cuthbert set world records for five separate running events and was a key member in four relay teams. Her unique running style and friendly smile made her a hit across the globe, with her death in 2017 mourned by the nation.

Betty Cuthbert was born a non-identical twin in Merrylands, NSW, where she enjoyed a happy and trouble-free childhood. Her life was not without its challenges, however, with Cuthbert diagnosed with multiple sclerosis at the young age of 31 and suffering a brain hemorrhage in 2002.

Despite her problems with the disease, she never asked "Why me?" and used her faith to become a passionate born again Christian later in life. 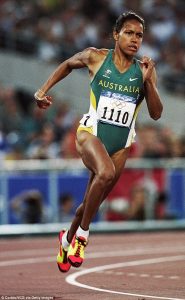 Catherine (Cathy) Astrid Salome Freeman is a famous Australian sprinter and the sixth-fastest woman of all time in her favourite 400-metre event. Freeman captured the hearts of the nation as she won multiple Commonwealth golds, a World Championships, a silver medal at the 1996 Olympics, and her crowning achievement, a gold medal in the 400 metres at the Sydney 2000 Olympics. Freeman raised the profile of Indigenous Australians by running her victory lap with both the Australian and Aboriginal flags.

As an Indigenous Australian and member of the Bahá'í Faith, Freeman overcame a number of challenges during her early career as she sprinted her way to the top. Her older sister Anne-Marie had Cerebral Palsy and spent much of her life in care, with Freeman attending a number of schools in Queensland before winning a scholarship at the exclusive Fairholme College in Toowoomba. After retiring from athletics, Freeman founded the Cathy Freeman Foundation to help young Indigenous people reach their boundless potential.

The inspiring Australian women we have covered here achieved their sporting success through a lifetime of hard work and determination. These are not stories of luck, or even of pure, supreme talent; these are stories that highlight the importance of persistence and grit in getting ahead. If you're a young sportswoman with a love for what you do, simply don't stop!

Always try as hard as you can and never give up on your dreams.